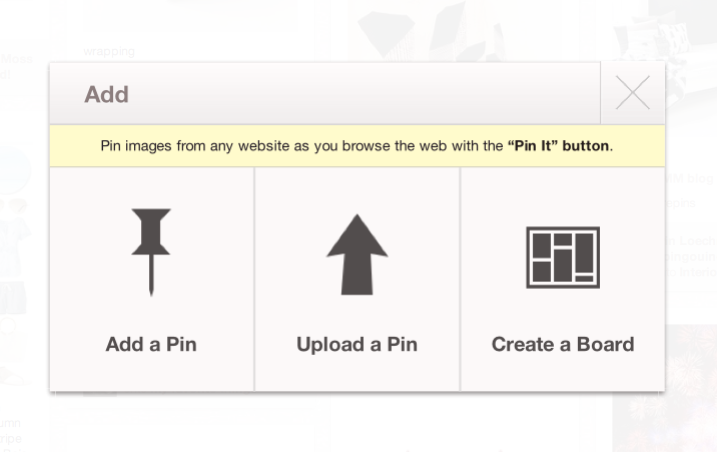 Inspiration does not always come naturally. Most designers might struggle from time to time to get any ideas for whatever problem they might have to solve. Thus, various, let’s call them, strategies exist, to get at least the slightest creative idea as a springboard to create something “new”. Some troupers in the business might refer to brainstorming or mind-mapping here. Others might already get more picturesque by putting together moodboards regarding the topic that has to be dealt with. However, since we spend quite a lot of time within Social Media, we might also use them in our design process. And by now, in fact, this development has quite certainly started. Many designers have already realized that something called Pinterest exists out there. And nearly as many have used the vivid pinboard as a design tool for collecting pictures digitally ever since. 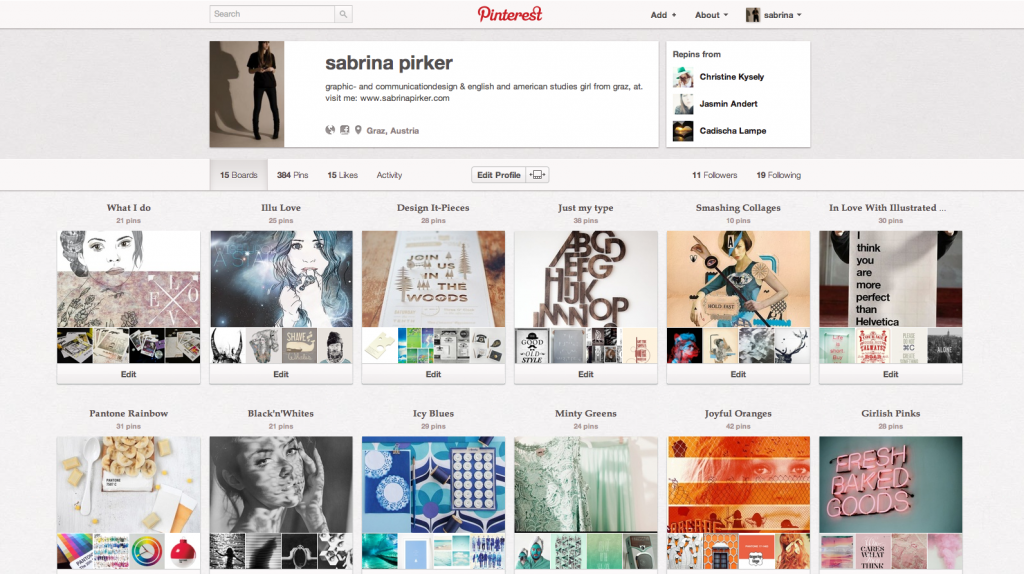 But Pinterest seems to be quite more than just a simple board, where user might post their own pictures or photographs of others: Firstly, pictures can be searched by topics and unlike looking for something via google, the results themselves provided on Pinterest seem to be quite artsy already. Moreover, once you follow any boards of any users, you get provided with their creative postings and outputs at any time. By this, you possibly get an insight in what others (esp. other designers) might like and how they might get their inspiration. Or in what they do, since Pinterest might as well be used as your private portfolio by creating a board that will only show your works and uploading them to it. But the best thing, at least in my opinion, is the site’s clear design that besides inspired me to take this very theme for my website, since the Homepage has some “pinterestish” style to it, which I simply love. It doesn’t have to meet any special demands, it does not really want to stand out itself, but rather constitutes a neutral frame in which all the worlds creativity might find its place without the need for attached essays of explanations on what we see. Of course, not only due to this simplicity of the website’s design, Pinterest might as well as any other Social Media be used for marketing purposes as well.

However, I guess the most interesting point about Pinterest for designers is the interactivity of creating moodboards. With Pinterest it doesn’t really matter what you’re looking for. It might be some colour inspiration, ideas for creating a CD (which here could be both, a Corporate Design or a disc), a reference for any portrait or illustration, something you might like to read, to eat, to drink or to dream of. Anyways, you’ll find what you need and soon become a victim of the, to quote a colleague of mine, Rene Berghold, “crazy-daisy pinning universe”.

The only weird thing is: You have to get invited to be allowed to be a part of this very universe…but that’s why you know me at least 😉

If you’re interested in how I would use Pinterest as a tool, you might have a look on my profile there: I usually tend to simply post things I stumbled upon and want to keep in mind, but I quite as often pin boards on a specific topic, which I sometimes delete after having completed a project (well, this is due to another con: you can’t set boards for private yet). Sometimes, I just like to follow boards of others, that deal with what I’m looking for in some way. But in the end, I guess that there’s no good or worse strategy on how to use Pinterest: you “just pin it”!